Holscher started his FFA membership with the Houston FFA Chapter and advisor Mr. Derek McCracken. Mr. McCracken was instrumental in encouraging him to apply for the proficiency as a sophomore. Due to Holscher’s interest in Agricultural Mechanics Repair and Maintenance he enrolled in the Ag and Power Technologies program at Upper Valley Career Center his junior year and became a member of the UVCC FFA Chapter with advisor, Mr. Dan Schmiesing.

To read the entire article about Andy, click here. 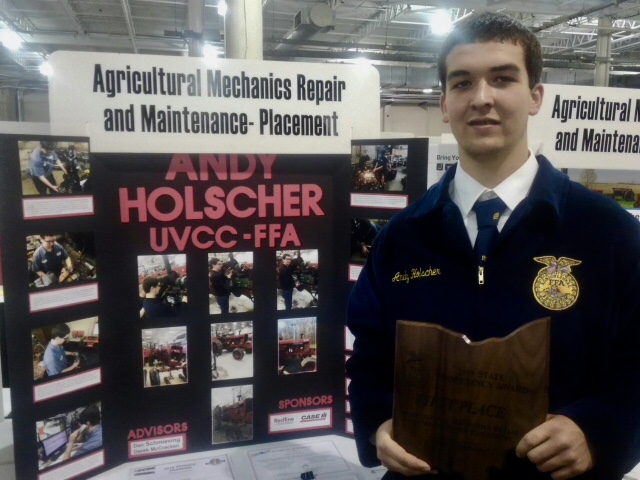