Houston, Ohio, marked its 180th anniversary in 2018.  The community is comprised of three towns from the past.  North Houston was founded on November 1, 1855 by Asa Young after the Big Four (Penn Central) Railroad was built.  South Houston was founded May 4, 1838 by Harvey Houston.  Mount Jefferson was located between the two towns and was founded January 12, 1838 by Samuel Farnum.  In April 1957 the communities blended and took the name of Houston.

Before schoolhouses were built, lessons were taught in the homes of residents Robert Huston and William Skillen.  The teachers stayed with different families who had children in school.  When there were enough children for a school, a log building was constructed in 1827 or 1828 called the Huffman Special School.  Eventually, there were a total of twenty-eight one-room school buildings within the Hardin-Houston School District.

Houston, Dawson, East Jefferson, and West Jefferson schools consolidated to form Houston Special School in 1908.  The first class of the high school consisted of thirteen students, but only three graduated in 1910. One-room school buildings closed and consolidated until July 1928 when the present Houston School district was formed and an Ohio Charter was granted for a four-year high school program, instead of three. On May 25, 1928, the school purchased more land and the high school was built.  Houston Special School was used as an elementary building.  In 1937, Hardin Rural School was opened.  It was a consolidation of nine or more one-room schools.

Thirteen acres of land was purchased in 1936 to add classrooms at Houston.  In 1939-40 a new addition was added to the east side of the high school to be used for a farm shop and also a music room. The cafeteria, kitchen, biology lab, and elementary classrooms were opened in the spring of 1955. Then in 1956 the old elementary was closed (Houston Special School). Also in 1956, the consolidation between Hardin and Houston school districts was completed because Sidney High School was too crowded to accept freshmen students from Hardin. 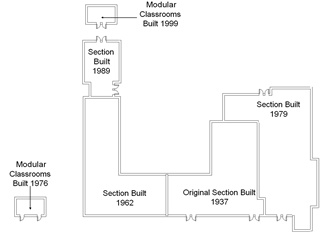 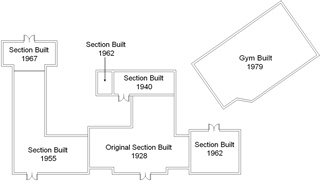 On September 18, 2011 a new K-12 building was dedicated on the grounds of the former Houston High School. Both Hardin Elementary and Houston High School were demolished. The Hardin-Houston Local School District partnered with the Ohio School Facilities Commission (OSFC) to build the new K-12 facility, with the state paying for 60% and the district paying 40%. 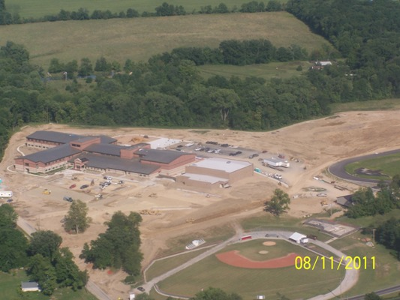